Just because we view Greek statues as shining beacons of marble, it doesn’t mean that’s how they originally looked thousands of years ago. Recent studies using lasers and UV light have revealed the original, and somewhat tacky, paint jobs.

Previously believed to have been lost to years of wind, sun, sand and art students, it is incredible that finding the long lost patterns on a piece of ancient Greek sculpture can be easyas shining a lamp on it. 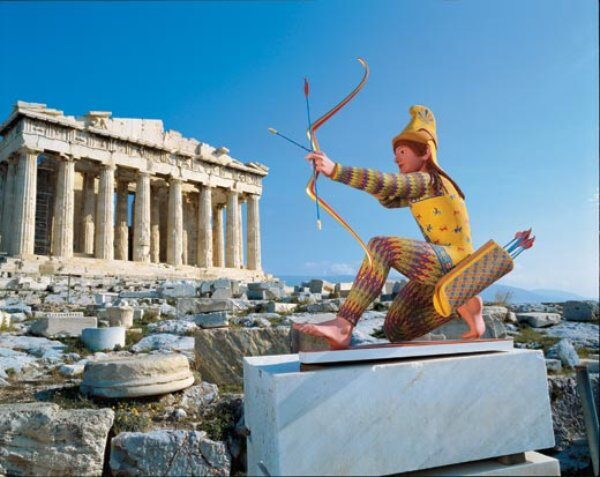 A technique called ‘raking light’ has been used to analyze art for a long time. A lamp is positioned carefully enough that the path of the light is almost parallel to the surface of the object. When used on paintings, this makes brushstrokes, grit, and dust obvious. On statues, the effect is more subtle. Brush-strokes are impossible to see, but because different paints wear off at different rates, the stone is raised in some places – protected from erosion by its cap of paint – and lowered in others. Elaborate patterns become visible. 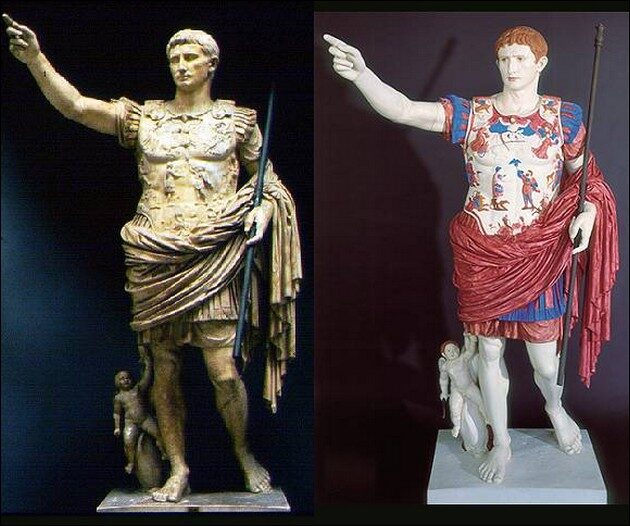 Ultraviolet is also used to discern patterns. UV light makes many organic compounds fluoresce. On ancient Greek statues, tiny fragments of pigment still left on the surface glow bright, illuminating more detailed patterns. Colours may fade over time, but the original materials – plant and animal-derived pigments, crushed stones or shells – still look the same today as they did thousands of years ago. This can also be discovered using light. 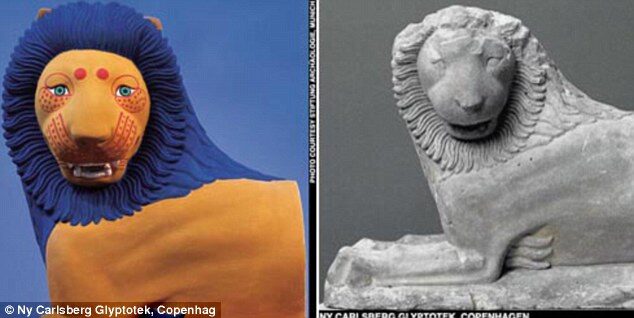 Infrared and X-ray spectroscopy also help researchers understand what the paints are made of, and how they looked all that time ago. Spectroscopy relies on the fact that atoms are picky when it comes to what kind of incoming energy they absorb. Certain materials will only accept certain wavelengths of light. Everything else they reflect. Spectroscopes send out a variety of wavelengths, like scouts into a foreign land. Inevitably, a few of these scouts do not come back. By noting which wavelengths are absorbed, scientists can determine what materials the substance is made of. Infrared helps determine organic compounds. X-rays, because of their higher energy level, don’t stop for anything less than the heavier elements, like rocks and minerals. Together, researchers can determine approximately what colour a millennia-old statue was painted. 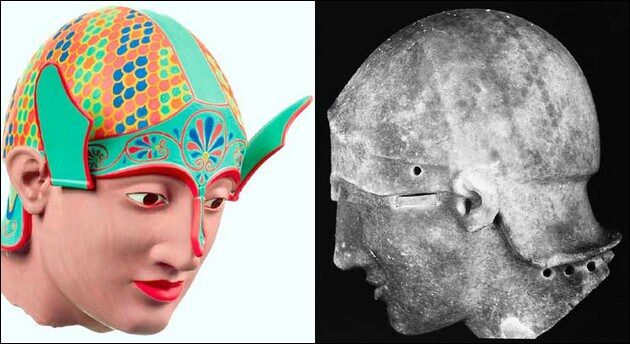